Former Chinese President Hu Jintao was unexpectedly led out of the closing ceremony for the Chinese Communist Party meeting Saturday while he sat next to President Xi Jinping.

The 79-year-old, the direct predecessor to Xi, was seated to the left of the Chinese leader before two men who appeared to be security officials approached him and forced him to leave his seat.

The ceremony marked the end to a week-long congressional meeting that solidified a third term for Xi, making him the longest-serving Chinese leader since Mao Zedong. 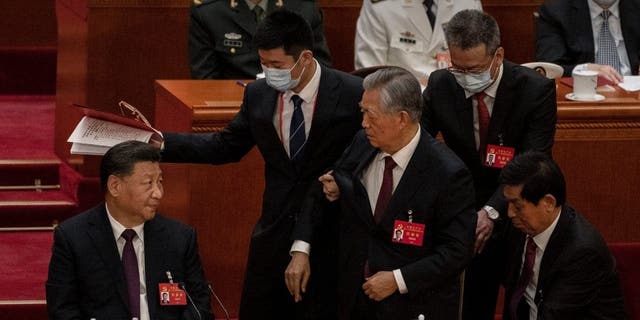 Chinese President Xi Jinping, seated left, looks on as former President Hu Jintao is suddenly escorted away during the closing session of the 20th National Congress of the Communist Party of China, Oct. 22, 2022, in Beijing. (Kevin Frayer/Getty Images)

Video footage of the starkly unusual incident circulated on social media, sparking questions over why the former leader, who served from 2003 to 2013, was forcibly escorted away.

Footage released by AFP showed an official attempting to forcibly lift Hu from his seat as Xi turned to him. Hu then placed his hand on a sheet of paper on top of Xi's folder, but the Chinese president then quickly put his hand on the sheet to prevent him taking it. 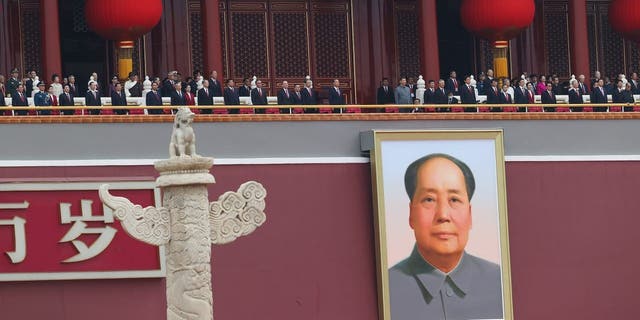 Li then wiped his forehead with a cloth once Hu had risen.

Xi did not directly watch as Hu was removed from his seat but instead sat with his head tilted, listening to what was unfolding.

Hu did not appear as though he wished to leave the event, and he touched the back of Xi’s right arm and said something to the Chinese leader. 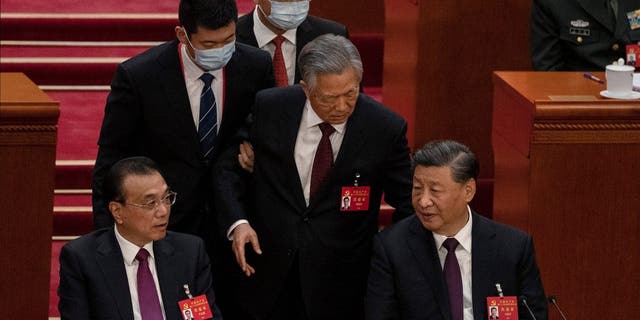 Xi again did not turn to look but nodded and said something in reply as Hu was led out with the official guiding him by holding his upper arm.

No explanation has been given as to what was said or why Hu was forced the leave the ceremony.

Reports said the incident occurred as reporters were called in to cover the ceremony, but mention of the day's drama was removed from China's Twitter-like platform, Weibo, and was missing entirely from Chinese news coverage, according to Reuters.