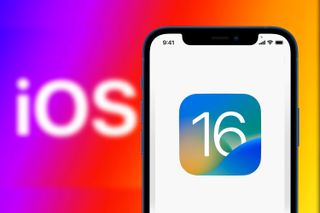 The release of iOS 16 in September brought some big changes to iPhones, including customizable lock screens that now support widgets, new editing tools for Messages and a new Fitness app along with updates to many existing iPhone apps.

But iOS 16.1 is a major update, as it offers more than refinements and bug fixes. We're getting features that Apple promised with the iOS 16 preview over the summer but held back from the initial release.

These include the new iCloud Shared Photo Library and Live Activities; we're also getting a new Clean Energy charging feature that appeared during the iOS 16.1 beta.

iOS 16.1 is launching alongside the releases of iPadOS 16 and MacOS Ventura. Here is an overview of all the new features and upgrades coming to iPhones with iOS 16.1.

iOS 16.1 brings a new way to share photos with family members and friends. The iCloud Shared Photo Library will be a separate library where users can share photos and videos with up to five more people. Anyone with access to the shared library can share, edit, caption and delete photos. In addition, the Camera app now features a toggle that lets you add photos to the iCloud Shared Photo Library as they're shot.

iCloud Shared Photo Library was briefly a part of the iOS 16 public beta this summer before Apple postponed the feature to later in the year, presumably to fine tune it. We'll soon see what changes Apple's made to its new take on photo sharing.

Here's another feature that Apple showed off earlier in the year but kept out of the iOS 16 release (though its absence was planned all along to give app makers time to work on adding support). Live Activities are interactive notifications that stay up to date on the lock screen. Think sports scores, delivery status reports and other activities that you'd monitor from your phone's lock screen.

iOS 16.1 opens the feature to third-party apps, so expect a lot of app updates on Monday that include Live Activities alerts.

Included with the Battery settings in iOS 16.1, Clean Energy Charging is designed to reduce the carbon footprint of your iPhone by optimizing charging times for when the energy grid is using cleaner energy sources. This feature will only be available for U.S. users. Apple first promised the feature in September.

Once iOS 16.1 arrives, Apple Fitness Plus will now be available to iPhones even without an Apple Watch. That's in keeping with Apple's earlier move to add the Fitness app to iOS 16 regardless of whether you owned one of the company's watches or not.

During workouts, users without the Apple Watch will not be able to see real-time metrics, like heart rate and calories burned. Instead, they'll see estimated calories burned (based on information provided in the Fitness app).

Anyone running iOS 16.1 in one of the 21 countries where Apple's fitness subscription service is offered will be able to access all of Apple Fitness Plus featuring more than 3,000 studio-style workouts and meditations.

Apple Card users will be able to open a “high-yield” savings account from Goldman Sachs with iOS 16.1. You can then manage that account from the Wallet app and get Daily Cash cashback rewards automatically deposited into it, with no fees, no minimum deposits and no minimum balance requirements.

As promised during the iOS 16 preview, Apple’s Wallet app will also allow people to safely share keys like car, hotel room and others with friends and family using messaging apps like Messages and even Whatsapp, though that feature requires support from car makers and hotels.

We noted the Dynamic Island on the iPhone 14 Pro models when talking about Live Activities. iOS 16.1 brings another improvement for that specific feature — reachability support. Basically, iOS 16.1 will make it easier to access the Dynamic Island with one hand. You can enable the feature within Settings.

Sanjana loves all things tech. From the latest phones, to quirky gadgets and the best deals, she's in sync with it all. Based in Atlanta, she is the news editor at Tom's Guide. Previously, she produced India's top technology show for NDTV and has been a tech news reporter on TV. Outside work, you can find her on a tennis court or sipping her favorite latte in instagrammable coffee shops in the city. Her work has appeared on NDTV Gadgets 360 and CNBC.