NASA's Lucy spacecraft passed over the Earth's atmosphere this morning on the first anniversary of its launch.

It was lower than the International Space Station – just 220 miles above the Earth's surface – passing through satellites and debris and using procedures to avoid any potential collision.

Scientists also had to account for atmospheric drag when designing the flyby.

The satellite was first visible to skywatchers in Western Australia before disappearing into the Earth's shadow. 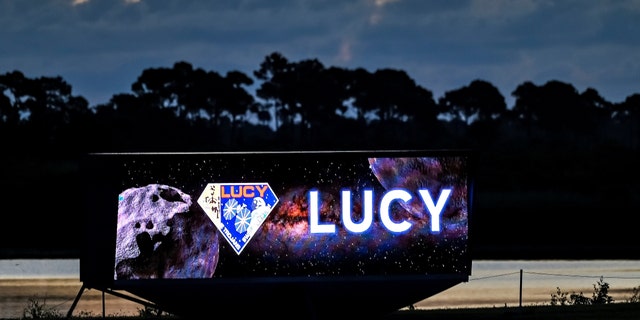 The launch clock, showing a digital display for NASA's Lucy spacecraft for a mission to study the Trojan asteroids in the outer solar system, as the Kennedy Space Center press site prepares for launch from the Cape Canaveral Space Force Station in Cape Canaveral, Florida, U.S. October 15, 2021.  (REUTERS/Steve Nesius)

The 12-year-long mission, which launch on Oct. 16 of last year, is the first mission to the Jupiter asteroids.

The asteroids are in orbits around the sun and are the same distance as Jupiter.

NASA said the first gravity assist will place Lucy on a new trajectory for a two-year orbit, before it returns for another assist that gives Lucy the energy to cross the main asteroid belt. 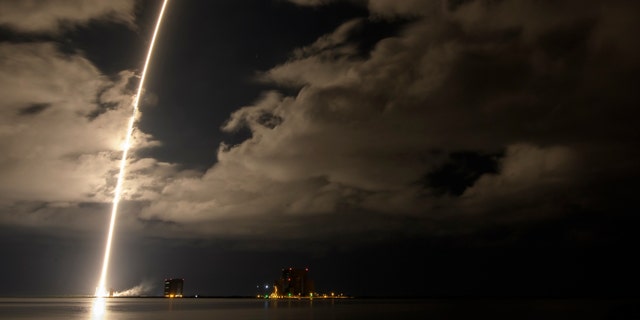 A United Launch Alliance Atlas V rocket with the Lucy spacecraft aboard is seen in this 2 minute and 30 second exposure photograph as it launches from Space Launch Complex 41, Saturday, Oct. 16, 2021, at Cape Canaveral Space Force Station in Florida.  (Credits: NASA/Bill Ingalls)

Lucy will observe the asteroid Donaldjohanson before traveling into the Trojan asteroids.

The spacecraft will pass Eurybates, Queta, Polymele, Leucus and Orus. 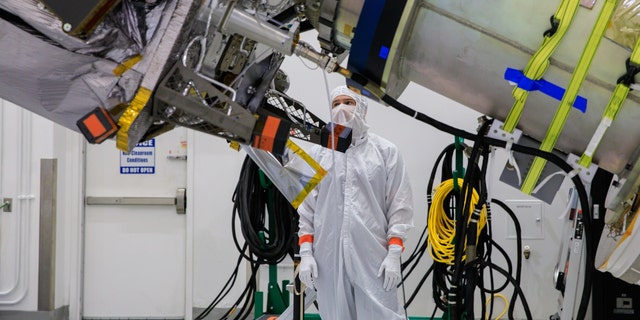 A close-up view of NASA’s Lucy spacecraft secured on a rotation stand inside the Astrotech Space Operations Facility in Titusville, Florida, on Sept. 1, 2021. Lucy is scheduled to launch no earlier than Saturday, Oct. 16, on a United Launch Alliance Atlas V 401 rocket from Launch Pad 41 at Cape Canaveral Space Force Station.  (NASA/Glenn Benson)

Lucy's third gravity assist is targeted for 2030 which will send it near the Patroclus-Menoetius binary asteroid pair in the trailing Trojan asteroid swarm.

The agency noted that it would use Lucy's images of the Earth and moon as it flies by to calibrate its instruments.