Researchers in a recent study identified over 12,000 genetic variants that help determine an individual's height.

An Australian study by researchers at the University of Queensland's Institute for Molecular Bioscience published their findings on Wednesday in the journal Nature. Researchers analyzed DNA from more than 5 million people in the largest genome-wide association study ever conducted.

The study included approximately 600 researchers, and the team believes the work could lead to additional research that explores other traits and diseases determined by genetics.

"Eighty percent of height differences between people are determined by genetic factors," said Loic Yengo in a news release statement. "The 12,000 variants that we found explain 40% of height differences, meaning we've opened the door for DNA to be used to predict height more accurately than ever before." 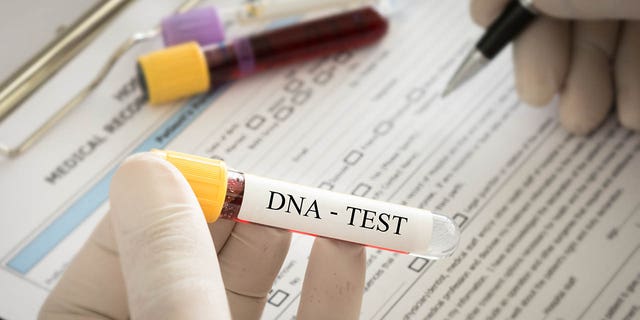 Scientists used DNA samples from more than 5 million people for the study.  (iStock)

Yengo added, "In smaller studies, findings appeared scattered in the genome, but the huge sample size in this study means that, for the first time, we have seen height-associated variants cluster, particularly near genes involved in skeletal growth disorders."

The researchers suggested that their findings could potentially assist in diagnosing health issues in children or allow police to identify an individual suspected of a crime using their DNA.

The team plans to continue their research by identifying the other genetic factors in determining height. More than 1 million people of non-European descent were used in their analysis, although the majority of the samples were still skewed toward European descent.

"There is a growing number of worldwide initiatives to collect more diverse genetic data because it is critical to widen the benefit of genetic studies to all populations," Yengo said."These other factors will be harder to find as they each have a lesser effect, and we may need at least 20 million samples to complete that Herculean task."